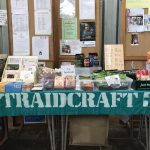 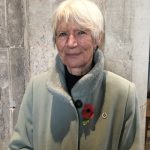 St. Mary’s is a fairtrade church, routinely using products such as fairly traded coffee and sugar, and also having products such as handwash and washing up liquid available.   There is a TRAIDCRAFT stall after the morning service usually on the third Sunday of the month, when dried foods, cards and some crafts are on sale.

Traidcraft was established in 1979 as a Christian response to poverty.  Its mission is to fight poverty through trade, practising and promoting  approaches to trade that help poor people in developing countries transform their lives.

Traidcraft is the UK’s leading fair trade organisation. They work in over 30 developing countries in Africa, Asia and South America.

Vicar: to be appointed