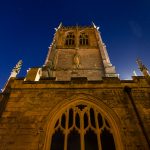 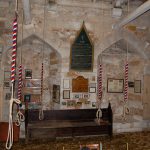 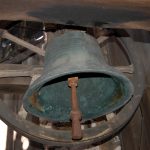 St. Mary’s tower has a peal of eight bells weighing a total of three and a half tons. Until 1896 there were six bells. It was in that year that two new bells were added and the chiming mechanism was installed.

At the moment we have a dedicated team of five ringers and would welcome new recruits to what is both an enjoyable and worthwhile pursuit.